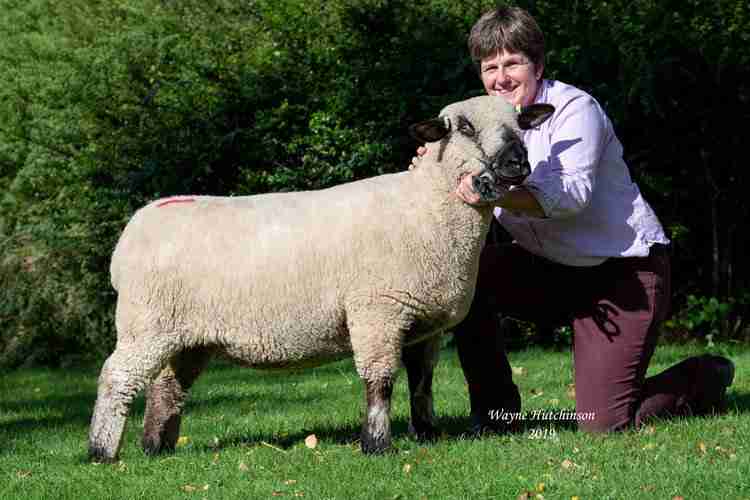 Strong Demand and High Clearance for Hampshire Downs at Carlisle

With many quality females on offer, both clearance rates and averages were up on last year at the Hampshire Down Sheep Breeders’ Association Autumn Sale, Carlisle. With clearance rates at almost 100% for all categories of ewes, trade was brisk around the busy ring with the top price of 1,150gns being knocked down to D.J. & S. Dixon, Kirkby Stephen for a shearling ewe in-lamb to Graylen Laser. This ewe bred by Judith and Graham Galbraith from Kendal is by Kelsey Overlord out of a Graylen ewe by Ballycreelly Montgomery. Earlier in the day pre-sale show judge, Alison Halcrow had also selected the eye-catching ewe for her Female and over all Breed Champion.

Reserve Breed and Male Champion was awarded by Alison to a ram lamb from the Pitgair flock bred by Tom Marshall from Turriff, Aberdeenshire. At 600gns and bought by Carlin Farms the ram by Graylen Laser out of a Graylen ewe by Kelsey Icon will be travelling to Holmfirth, West Yorkshire

The Galbraiths also bred the next highest priced shearling ewe at 900gns. The ewe will be travelling over the Pennines and joining Harriet Heaps’ Tavernbank flock in Halifax. Bred by the Galbraiths the ewe is out of a Wilstrop ewe by Graylen D’artagnan and also by Kelsey Overlord and in lamb to Graylen Laser. Third highest price of the day at 800gns came twice for Janet and Brian Hill’s Isle of Bute Flock, firstly for a home bred ewe in the top 1% going to Matthew Jones & Rebecca Smith for a ewe with great length and looks by Graylen Romeo out of a Kelsey ewe by Court General she is in lamb to Yarcombe Pythagoras, the other Isle of Bute shearling ewe went to new breeders Moffett & Horner, West Auckland.

With 100% clearance there was fierce bidding for the senior ewes. Top price of 650gns was paid again by D.J. & S. Dixon, Kirkby Stephen. The ewe who had earlier won her class in the pre-sale show was bred by K.P. & A.E. McCarthy County Down NI. Sired by Clogherny Eric out of a Ballycreelly ewe by Wattisfield What Not she is in lamb to Ballycreelly 007. A phone bid from Adrian Rundle secured the next price of 600gns for a ewe also bred by K.P. & A.E. McCarthy and in lamb to Ballycreelly What the Devil. This smart ewe by Yarcombe Flashman out of a home bred ewe by Ballycreelly Lionheart, will be joining the Treworthal flock, Newquay, Cornwall. 520gns was paid for a Thorbeck ewe bred by Jim and Jane Birkwood, Thorbeck flock. The ewe in lamb to Rennisons Alistair a stock sire in the top 1% of the breed; is out of a Thorbeck ewe by Thorbeck Gideon and sired by Kelsey Nobleman. She will be joining Louis Stainthorpe’s Whitby flock.

Bidding was also competitive for ewe lambs, with all but one selling on the day. The top 2 were knocked down at 650gns, with Matthew Jones & Rebecca Smith adding to their Isle of Bute collection with a lovely ewe lamb by Graylen Romeo from Janet and Brian Hill and Geoff Todd purchasing the other sold by the Galbraiths, Graylen, and bred by Lisa Chasney, by Normanby Raptor she will be joining the Westmains flock, Stranraer.

Rams saw a strong clearance, with the ring remaining busy till the end of the sale. The top priced shearling ram at 320gns was bought by Brownrigg Hall Farms, Maryport Cumbria who also took home a number of keenly priced females on the day. The ram was sold by E. B. & S. Jones Maes Glas, Haverfordwest, Pembrokeshire. 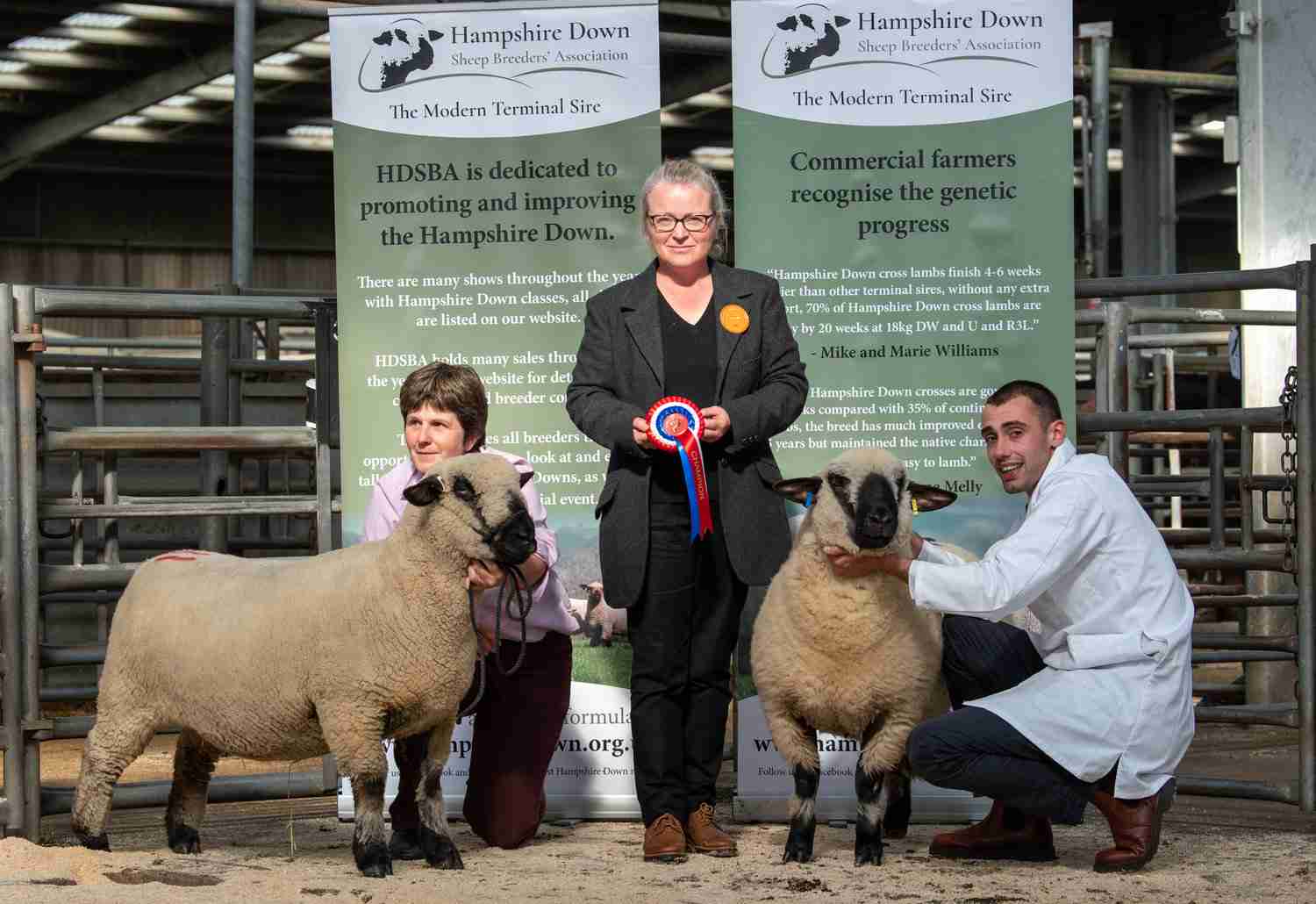 Trade for females could definitely be described as buoyant with nearly all finding new homes. Many buyers attended the... read more

The East Anglian-based Jones family made the long journey north well worthwhile when securing the supreme championship for the... read more

Averages up at the Hampshire Down Premier Sale at Shrewsbury. While temperatures soared outside on the hottest day of the... read more

The Premier Scottish Sale of rams and females held at Stirling on 22nd May peaked at 1100gns for a... read more

Buying on photos and videos did not deter purchasers with frantic bidding at the HDSBA Online Timed Auction over... read more

STRONG INTEREST AND A LIVELY TRADE AT TULLOW Topping the sale and heading the show was a ram lamb from... read more

January Update from the RamCompare Project