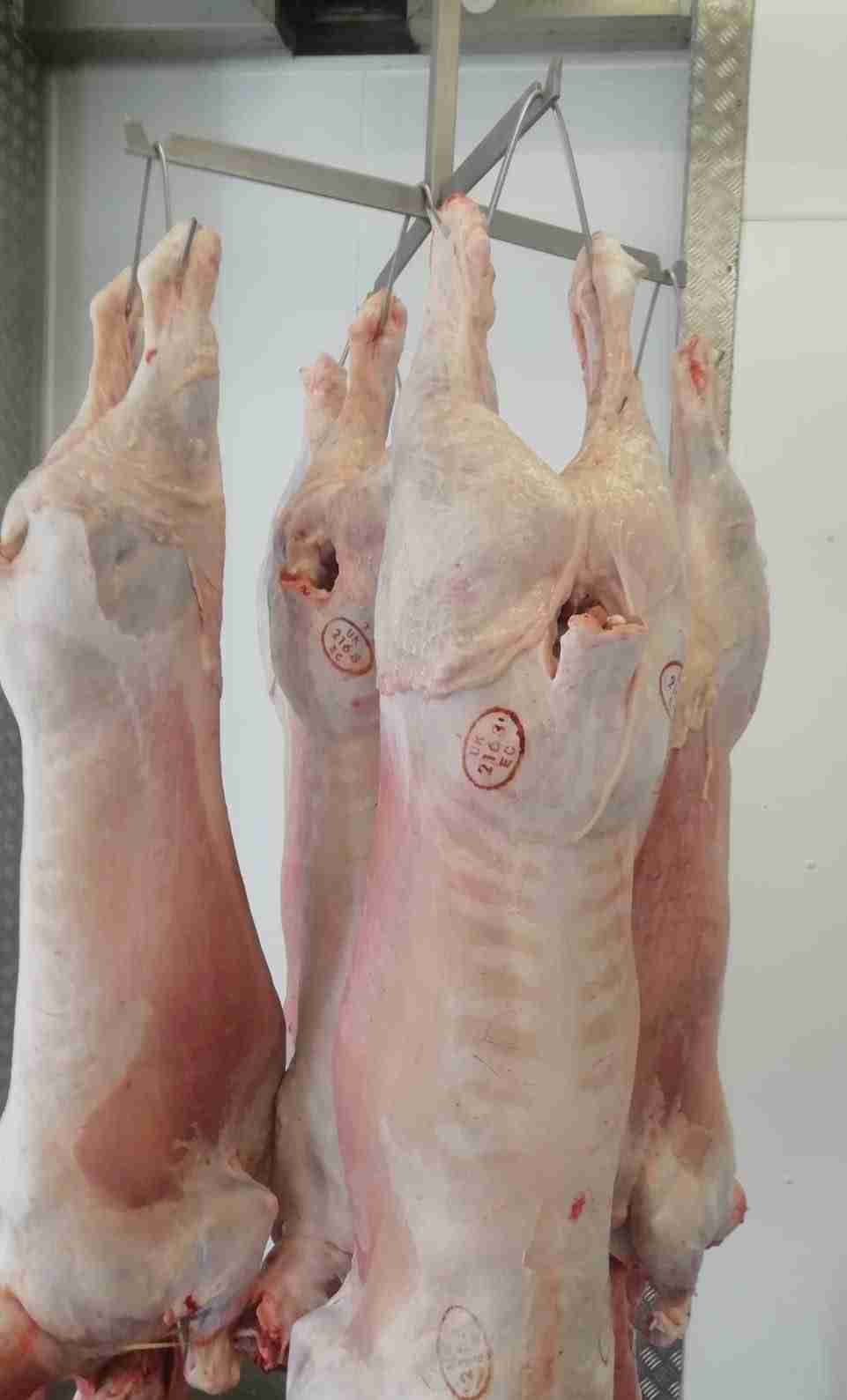 A farmer and a butcher who teamed up in 2020 to meet the demand for high quality local lamb are joining forces again this year. Mark Duckworth says his customers highly value the Hampshire Down lamb that the Galbraith family produce on their farm near Kendal in Cumbria.

High street butchers have had a tough time competing with the supermarkets, but Dales Traditional Butchers in Kirkby Lonsdale has a loyal customer following, who appreciate the opportunity to buy good quality local lamb in season. The joints, chops and mince are popular, but he also uses it to make an award-winning  Scotch and haggis pie, which has become a best-selling product.

In early spring last year (2020), Mr Duckworth was approached by local farmer, Judith Galbraith, to see whether he would be interested in marketing their Hampshire Down  lamb through his butchery.

“I had no past connections with the breed and had traditionally sold meat from Continental-type lambs, but I am always keen to source local products,” explains Mr Duckworth, who works with his wife, Fiona. “I tried the sample that I was given and found the meat to be tender, with exceptional taste and texture.

“Some young lamb can lack flavour but that is certainly not the case with the Hampshire Down. The meat has a good covering of fat and produces an exceptionally tasty chop.  Last year, I took all of the Galbraith’s new-season lambs and I have repeated the order for this year.

“The Hampshire Down has a large carcase and superb conformation. The Galbraiths always makes sure that their lamb is well presented and in my opinion, they do an extremely good job. Their animals are produced to high welfare standards, which is an important factor.”

Made from minced lamb, lamb offal and haggis, with a generous helping of herbs and spices, the butchery’s Scotch and haggis pie won a diamond award in the World Scotch Pie Championship in 2020.

“The pie is made with a hot water pastry and can be eaten hot or cold,” he explains. “It is a great favourite with customers and I believe that the use of top quality lamb meat helps to give it a unique taste. The year 2020 was successful for us, because we won half a dozen three-star awards in the Q Guild of Butchers’ Smithfield Star competition, with all but one product shortlisted in the ‘Best of the Best’ category.”

The butchery was established in 1906, with Mr Duckworth taking ownership in 1999. He has had to be inventive during the Covid-19 outbreak and offers free delivery to local postcodes and a ‘click and collect’ service. Meat and other products are sent all over the UK by courier and the business also provides an outside catering service.

Graham and Judith Galbraith provided all of my lamb from Easter 2020 and I only bought alternative breeds when their supply ran out,” Mr Duckworth stated. “I would happily sell the meat all year round, because my customers really appreciate its quality.” 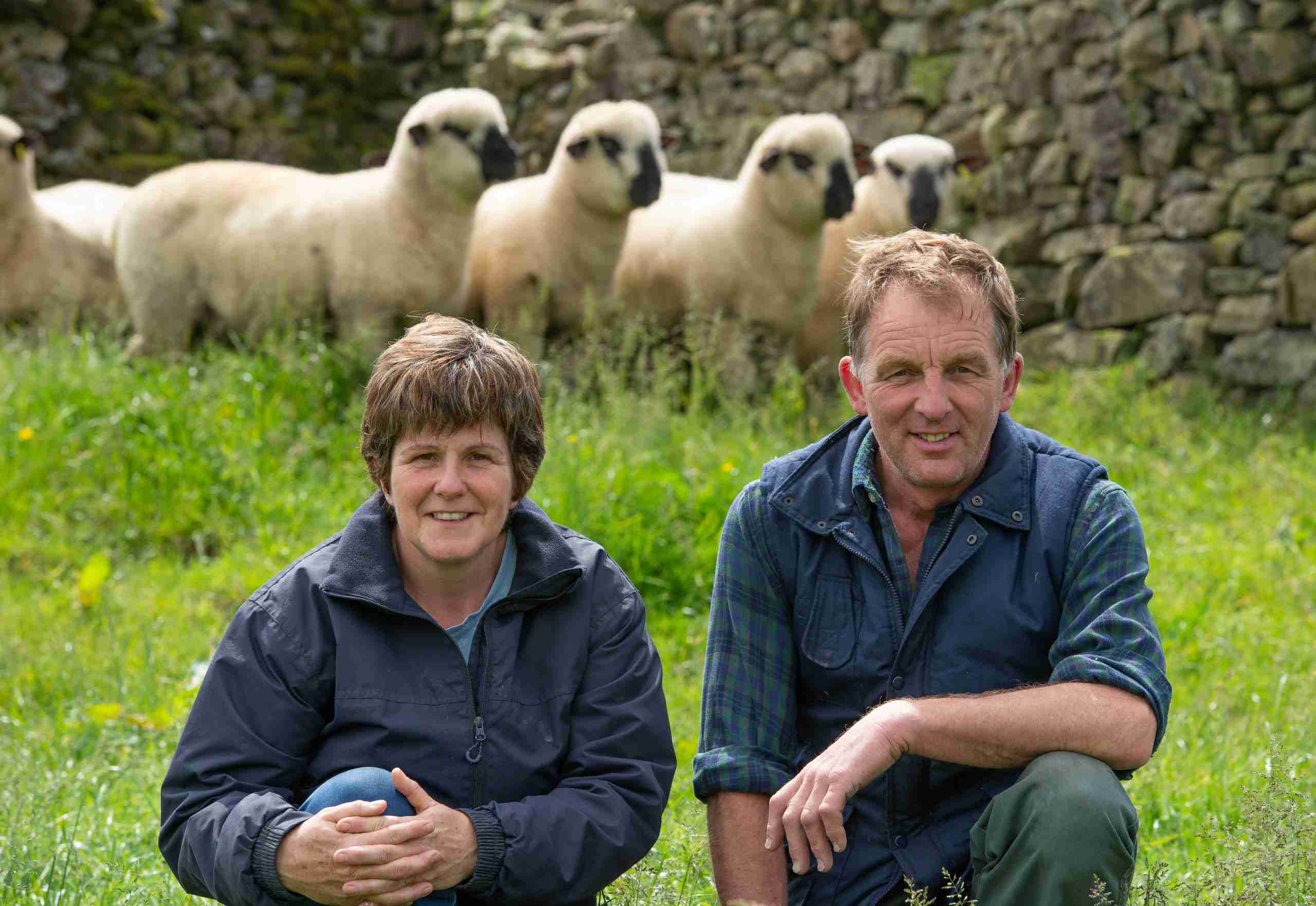 Graham and  Judith Galbraith introduced the first Hampshire Down rams to their commercial  flock in 2005 and  they have since established a noted pedigree flock of their own. Such is Judith’s enthusiasm for the breed that she is currently serving as president of the Hampshire Down Sheep Breeders’ Association. The  ‘Graylen’ flock is made up of 35 ewes which lamb in December, allowing them to hit the early spring lamb market.

“People often describe the Hampshire Down as resembling a teddy bear and perhaps for this reason its hardiness is not always appreciated” says Mrs Galbraith, who is a practising veterinarian. “In fact, the Hampshire thrives in challenging conditions and copes well in most farming situations- Our ram buyers report that the Hampshire Down sired lambs do well in a range of systems from early lambing creep fed systems to grass only grazing systems;  to me fast growth and early finishing are key to profitability and Hampshire Downs can deliver that.

The arrangement with Dales Traditional Butchers is beneficial for both parties, comments Mrs Galbraith.

“The pricing structure is agreed in advance and I have an assured outlet for all of the lamb that is produced on the farm, while the butcher has a guaranteed supply of local meat,” says Mrs Galbraith. “I think it is good for local businesses to support each other, especially in these challenging times.”

Please see below a list of official sales taking place this year (there maybe some more added in the future) All... read more 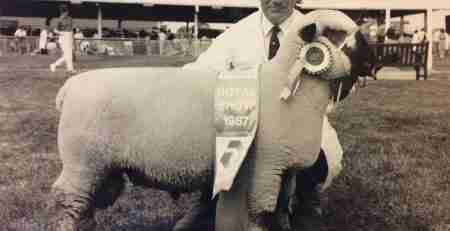 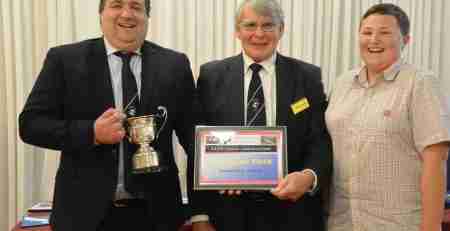 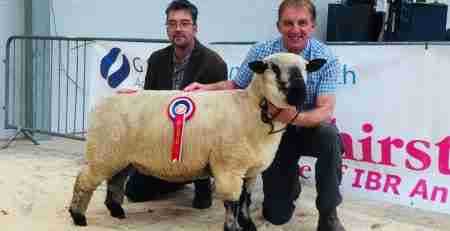 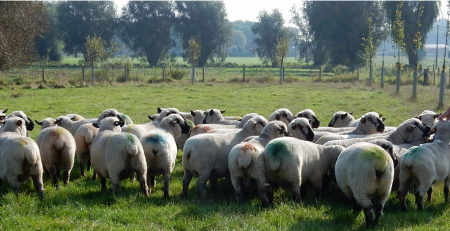 Congratulations to Klaus Soenen and Family for winning the Champion Flock in the Belgium Flock Competition for the second year... read more

January Update from the RamCompare Project

RamCompare Update for Hampshire Down Breed Society – January 2021 RamCompare is just completing its fifth year and has been extremely... read more 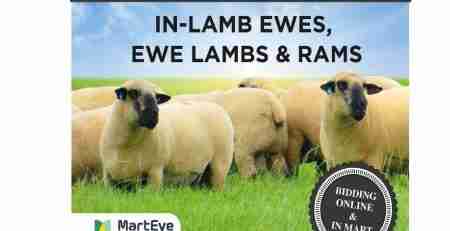 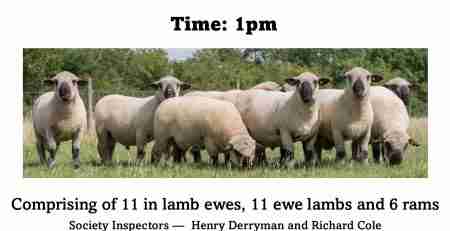